Is a Mini Motorcycle Street Legal? 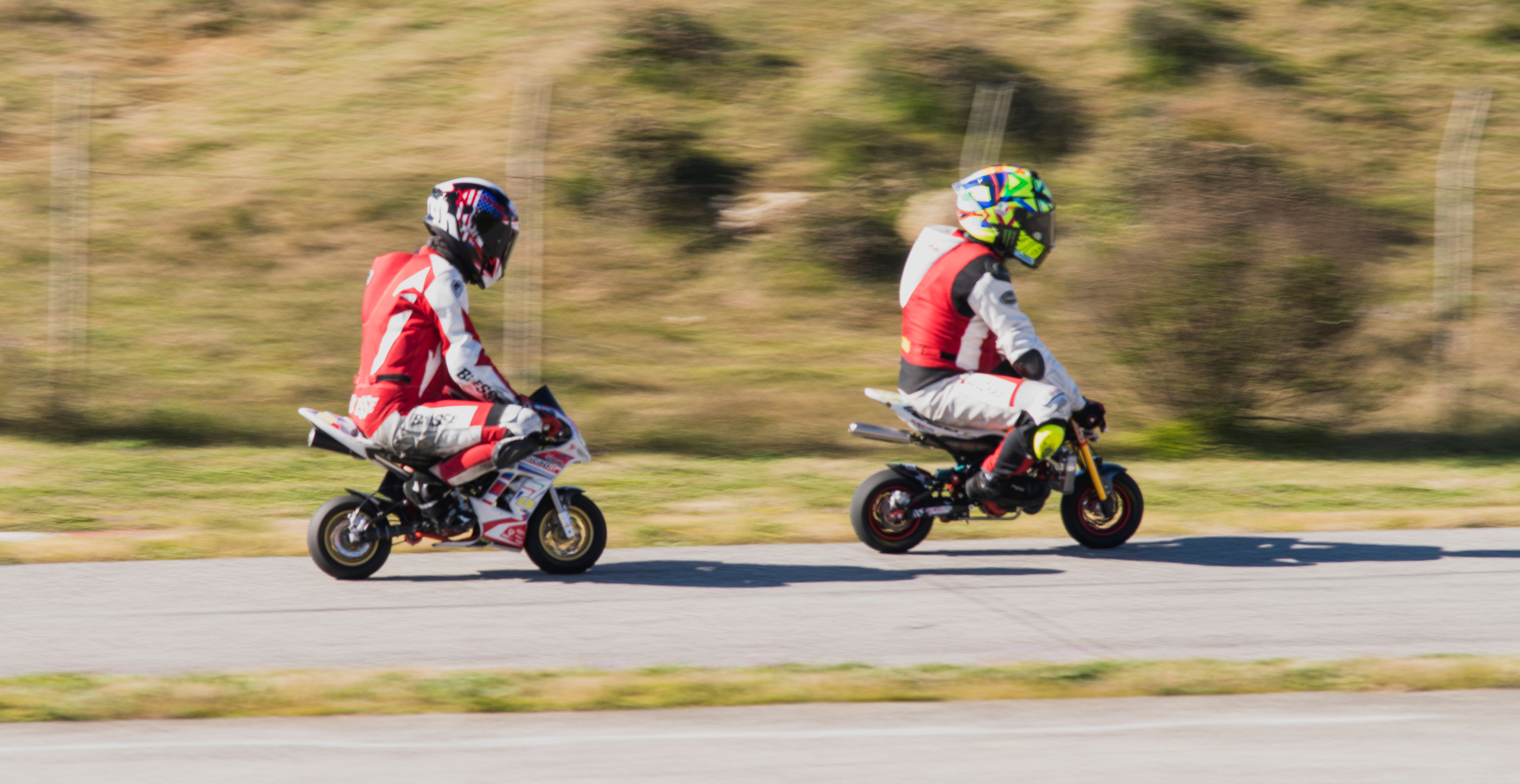 At some point, you may have noticed motorists riding these mini motorcycles on various streets. With knees pointing out and the rider zipping conveniently about, they make for a fun and eco-friendly mode of transportation.

What are Mini Motorcycles

Mini motorcycles, also known as pocket bikes, are motorized bikes that are smaller than the standard motorcycles. Standard pocket bike size is about two feet in height and a weight of approximately 50 lbs. A typical mini motorcycle comes with a 40cc engine (40cc to mph is about 40-50 miles per hour). However, some are as powerful as 120cc and can traverse to speeds of up to 50 mph.

Pocket bikes can be either gas or electric-powered. Gas-powered bikes are more common and allow you to travel at higher speeds than bikes running on electricity.

There is often confusion over what the difference is between a motorcycle vs. scooter. The confusion lies in the fact that there are various types of motorcycles and scooters available. Moreover, the legalities of operating these two vehicle types also vary depending on an array of factors, such as:

The main difference between a motorcycle and a scooter is the chassis design. A scooter has a step-through chassis along with a step platform. In contrast, a motorcycle (whether it’s mini or full-sized) does not have the step-through chassis and requires you to swing your legs over to ride the bike. A scooter’s engine size ranges from a 50cc to 250cc, making it less powerful than a full-sized motorcycle, but more powerful than a mini motorcycle.

Is it Legal to Drive a Mini Motorcycle

Is a mini motorcycle street legal? Can you ride a mini bike on the sidewalk? The answer to these questions depends on the state and local jurisdiction you are in. Many states, such as Texas and California, ban the operation of pocket bikes on all public roads, highways, trails, and sidewalks. Operation of pocket bikes is only allowed on private property in these states.

Other states permit the operation of street legal pocket bikes on public roads provided they comply with state or city rules and regulations. For example, in Nevada, recreational vehicles, including scooters and pocket bikes, are allowed on public roads as long as it meets Nevada Revised Statutes and is equipped with the following safety features:

Other limitations for operating on public or private roads can also apply. Some states mandate a minimum age for legal operation of a pocket bike. Additionally, if insurance companies refuse to insure mini motorcycles, that would automatically make them illegal to drive on public roads.

Inquire with your local law enforcement or the state department of motor vehicles to find out all the specific regulations governing the operation of a mini motorcycle.

It’s no secret that operating even a full-sized motorcycle has its inherent dangers. In fact, motorcycle fatalities occur 28 times more often than other types of vehicles.

A mini motorcycle can be just as, if not more, dangerous than a full-sized motorcycle. If driven on public streets, the lower height makes it difficult for other drivers to spot. This lower height, combined with the high speeds these vehicles can potentially travel at, poses a real danger of motorcycle accidents to drivers operating a street legal pocket bike.

Dangers exist not only on public streets but also on private property as well. The small size of pocket bikes makes them less stable than other three-wheelers or all-terrain vehicles. Furthermore, the smaller size may encourage younger, more inexperienced drivers to operate the vehicle. These inexperienced drivers may not understand how fast a 40cc engine can go and become reckless in their driving.

As with operating a full-sized motorcycle, proper precautions, such as careful driving and proper helmet usage, must be exercised at all times when riding a pocket bike.

Consequences for violating mini motorcycle street laws can range from a traffic citation to a misdemeanor. Based on the severity and the state you are in, the following penalties can result:

In more serious cases, a collision with another driver or pedestrian may occur. In addition to fines due to the violation of street laws, a civil suit could also be brought up against you by the other party involved.

For further inquiries on questions regarding the legality of mini motorcycles, contact the Las Vegas personal injury attorney experts at Valiente Mott.

Our firm specializes in representing injured victims due to various types of accidents, including mini motorcycle crashes.Call us at (702) 623-2323 or contact us online for your free consultation.