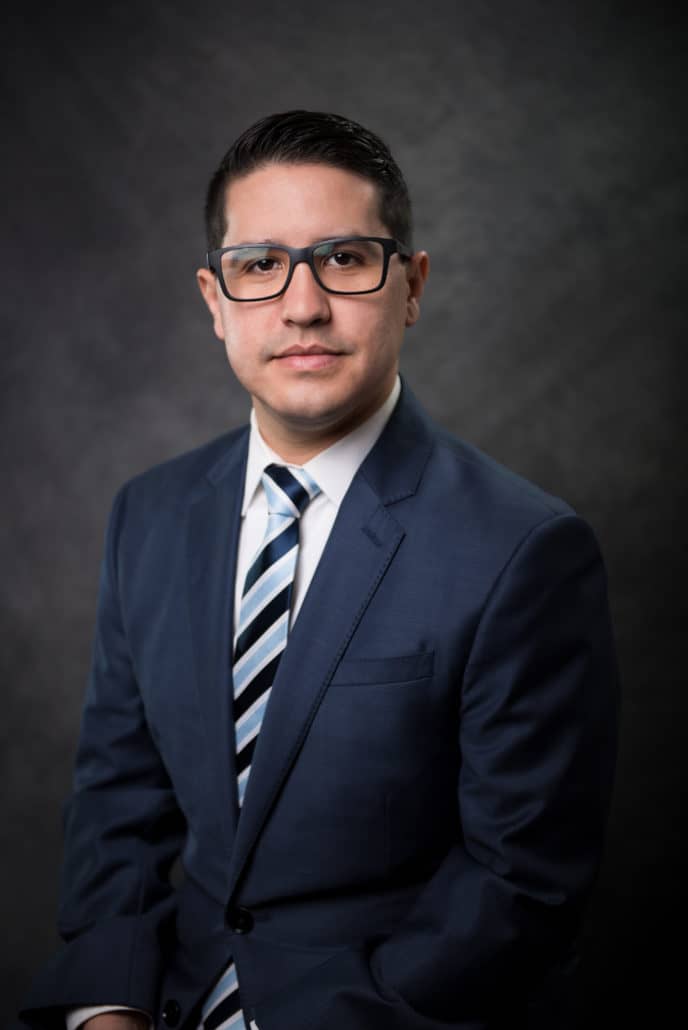 Mike prides himself in providing unparalleled customer service. In his youth, Mike was involved in a serious car accident. Mike hired a lawyer to sue the negligent driver that caused his injuries. Unfortunately, Mike experienced what most people experience when hiring a lawyer: poor customer service and ineffective representation. Specifically, Mike met with the lawyer for the initial consultation, only to never hear or speak from the lawyer again. In the end, the attorney settled Mike’s case for pennies on the dollar. After this unpleasant experience, Mike vowed that Valiente Mott would be different.

Prior to attending law school, Mike was one of Las Vegas’ top real estate professionals. In the ten years before law school, Mike helped hundreds of clients with the acquisition and disposition of residential real estate and raw land. Mike’s exceptional customer service caused his real estate business to flourish only through word of mouth.

Mike graduated at the top of his class from UNLV with a Bachelor of Arts in Political Science. Thereafter, Mike also graduated top of his class from the William S. Boyd School of Law at UNLV. While attending Boyd, Mike received the CALI award five times for his legal writing, as well as his work in Evidence, Civil Procedure, and Contracts. Mike was also a member of Boyd’s National Moot Court team and won Best Brief at the Sutherland Cup Moot Court Competition. He was also honored as the sole recipient of his graduating class with the prestigious James E. Rogers Scholastic Achievement Award. He was further honored, along with only three of his peers, with the Scribes, The American Society of Legal Writers Award, which recognized excellence in legal writing while in law school.

After graduating from Boyd School of Law, Mike was employed at the preeminent insurance defense firm in the country. During this time, Mike defended big insurance companies against catastrophic injuries and multi-million-dollar claims.  During this time, Mike participated in a seven-week trial in which the jury awarded over $164,000,000.00, the third largest verdict in Nevada history. After gaining valuable experience, Mike made the decision to start his own firm with the goal of helping people, not insurance companies.

In 2017, Mike was voted one of Las Vegas’ Legal Elite. He has earned his reputation as a highly-respected member of the Las Vegas legal community and takes pride in receiving most of his cases as referrals from other attorneys, medical professionals, and, most rewardingly, prior clients.

Mike is fluent in Spanish, and is licensed in both Nevada and California.

In his spare time, Mike gives presentations around the Las Vegas valley in hopes of educating his community about important legal issues. Mike also enjoys traveling and spending time with his wife and two kids.