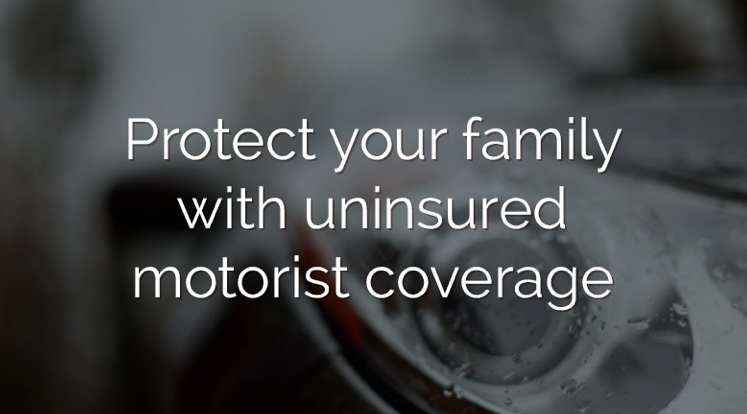 So, if you find yourself in an accident with a person who does not have insurance, what do you do? Or, if you are hit by someone who only carries the minimum amount of coverage required by Nevada law and your medical expenses far exceed that coverage, what do you do?

To avoid potential catastrophe by being involved in a collision under one of the above scenarios, you can purchase uninsured/underinsured (UM/UIM) coverage. All insurance carriers in Nevada must provide consumers with the opportunity to purchase UM/UIM coverage. (Nev. Rev. Stat. Ann. 690.020B(1)).

However, consumers are not required by law to purchase the insurance and can instead reject the coverage in writing. Unfortunately, many drivers do reject the coverage because they do not understand what it offers them and how important it can be in the event of an accident.

What is Uninsured/Underinsured (UM/UIM) Coverage in Nevada?

Uninsured/Underinsured (UM/UIM) coverage is a product offered by insurance companies that can be purchased as an additional policy to a liability policy or as a policy endorsement to a liability policy. If a driver does purchase the additional coverage, it will of course raise the driver’s premiums, but it will also offer additional coverage if the driver is hit by an adverse driver and the adverse driver does not have enough coverage to pay the driver’s damages, which is called underinsured motorist coverage.

Or, it offers additional coverage when a driver is hit by an adverse driver and the adverse driver does not have any insurance, which is called uninsured motorist coverage. UM/UIM coverage is limited to what is called compensatory damages, which include damages for pain and suffering, medical expenses, and lost wages. UM/UIM coverage does not include recovery against the policy for punitive damages.

When Does Uninsured/Underinsured (UM/UIM) Motorist Coverage Kick In?

John is rear-ended by Steve while waiting at a red light. Steve has the minimum liability coverage required in Nevada – $25,000 per person and $50,000 per accident. However, John has $30,000 worth of damages as result of the accident, $28,000 in medical expenses and $2,000 in lost wages. Steve’s insurance carrier tenders the $25,000 policy limits to John to settle his claim with them. John then receives $25,000 from his underinsured motorist coverage policy to make up the difference between Steve’s policy limits and his damages, including pain and suffering.

Stacey is side swiped by Joe when he makes an illegal lane change. Joe also has the minimum liability coverage in Nevada – $25,000 per person and $50,000 per accident. Stacey has $30,000 in damages from the accident. However, Joe’s insurance carrier will only offer to settle Stacey’s claim for $20,000. But, because Stacey’s damages exceed Joe’s limits of liability, Stacey receives $10,000 under her underinsured policy to make up the difference and another $15,000 in pain and suffering.

In an accident, there are countless variables and unpredictable outcomes. Among those are the extent of injuries a person will suffer in an accident and the amount of insurance the at-fault party has purchased. Because those two things can almost never be known or predicted before an accident occurs, the best thing to do is to purchase enough UM/UIM insurance to eliminate the risks of being involved in an accident where your injuries are serious, and the other driver does not have enough insurance to cover your injuries. Your health is too important to not purchase UM/UIM coverage.