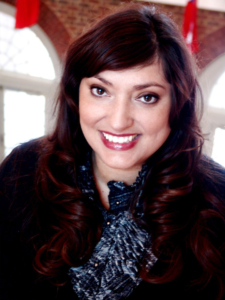 Nicole Bolick joined the Valiente Mott team in 2022 as a litigation attorney.  Nicole has dedicated her career to representing individuals who suffered injury in result of another person’s negligence. She began her legal career in Nevada working beside two prominent Las Vegas attorneys in the area of personal injury, criminal defense, and civil litigation. Early on Nicole developed a passion for the trial process and being in the courtroom. Over the course of her legal career, she has had the benefit of gaining significant courtroom experience appearing in courts throughout the Nevada judiciary.

Prior to becoming an attorney, Nicole had a noteworthy corporate management career working alongside presidents for large corporations and elected officials. Nicole chose to leave the corporate world in part because she witnessed inequities between these entities and the people they serve. She disagreed with people using their position as leverage to gain an advantage over others. She decided the best way to use her talents to level the playing field was to become an attorney. Nicole uses her past corporate experience as motivation to aggressively advocate for her clients against insurance companies making sure each client receives the best possible outcome to their case.

Nicole is the second in her family to attend college and the first to earn a post graduate degree. She holds a Bachelor of Business Administration degree from Radford University and a Juris Doctorate degree from Regent University School of Law. In addition to her scholastic achievements, Nicole was on the board of Public Interest Legal Advocates at Regent and the Hispanic Law Student Association. She is currently a member of the Clark County Bar Association and Southern Nevada Association of Women Attorneys. Nicole has a lifelong dedication to community service and provides free or low-cost legal services to Clark County as a pro bono attorney through Legal Aid Center of Southern Nevada.

Originally from Virginia Beach, Virginia, Nicole considers herself a southern belle even though she has been living in Nevada for almost 7 years. Nicole is a wife and mother of two rambunctious boys. In her spare time, she enjoys the sport of fencing, gardening, collecting antiques, and spending time with her family.

Nicole is admitted to practice in the State of Nevada and United States District court for the District of Nevada.