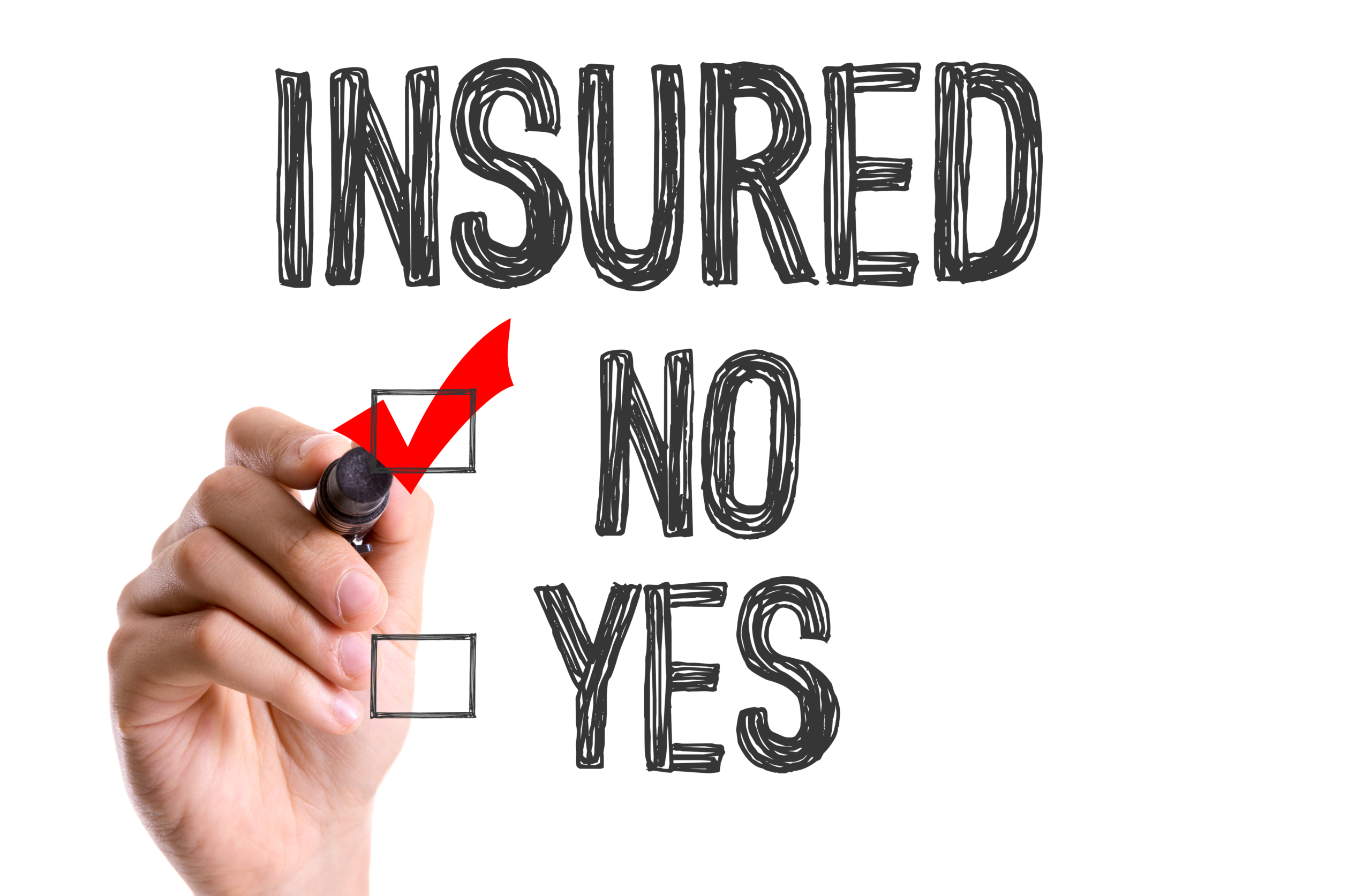 No one plans on being involved in a car accident, let alone being the cause of one. This is why you need to avoid driving without insurance. We purchase insurance for those moments that aren’t planned. You could be driving to the grocery store down the street and fail to see someone braking and, within an instant, you’re in an accident.  And if you caused the car accident with no insurance, you’ll then be in an uphill battle to pay for the damage and injuries.

The majority of the states in the U.S. require a minimum of liability insurance in order to operate a motor vehicle. This makes driving a car without insurance a hazard on its own. At worst you don’t want to know what happens if you get in an accident without insurance. By having at least liability insurance, you know that you most likely won’t personally be responsible for the entirety of the damages to the other driver’s car or any medical expenses that result from the accident.

If you live in a no-fault state

There are currently a dozen states that maintain a “no-fault” car insurance scheme. A no-fault car insurance system dictates that if an accident results in injury then any reimbursement is sought from the individual’s own car insurance coverage. This system is in place to reduce the number of lawsuits taken to court.

So, if you’re wondering what happens if you don’t have car insurance if you live in a no-fault state, even if you’re responsible for the cause of the accident, the other parties involved will seek compensation from their own insurance company. Only in extreme situations where damages or medical bills are in the tens of thousands, will the state allow a direct lawsuit.

If you’ve been sued in a no-fault state for being involved in an accident with no insurance, then you may end up paying for all of the fees accrued out of pocket.

If you live in a Tort state

The remaining states that operate outside of a no-fault insurance system are considered “tort” states. While no-fault states place the onus of reparation for damages on the person’s own insurance company, tort states allow the injured party to sue the responsible person for all material and immaterial damages that they’ve incurred. These damages can be in the form of automotive damages, medical expenses, lost income, as well as pain and suffering.

If you’re wondering “what happens if I don’t have car insurance” and you’re the cause of an accident, then you are liable for all of the damages substantiated by the courts and will need to pay them out of pocket. If you can’t afford to pay the damages, then the court can file a judgment against you and garnish your wages.

If the other driver was at fault

However, the states of Alaska, California, Iowa, Kansas, Louisiana, Michigan, New Jersey, North Dakota, Oklahoma, and Oregon have enacted a “No Pay, No Play” rule. Essentially, if you’re in a car accident without insurance, not at fault, and are seeking compensation, you may not be entitled to everything that an insured motorist would. These states limit the damages to mainly quantifiable and material possessions, leaving out “non-economic” damages such as pain and suffering.

Penalties for driving without insurance

Being in a car accident without insurance can land you in more trouble than just being financially responsible for the incident. If you’re in an accident without insurance then the state can potentially levy administrative or criminal penalties. These imposed fines can reach as high as $5,000. The administrative penalties aren’t limited to fines. The DMV can suspend or even revoke a driver’s license for up to one year.

Even if you’re not involved in a car accident with no insurance, the state can still impose penalties, community service, or even jail time if you’re caught operating a vehicle. The only state that doesn’t have a compulsory obligation to maintain minimum insurance is New Hampshire. State penalties for driving without car insurance can range from as low as $35 to a few thousand dollars depending on the state and the number of offenses.

What you should do immediately after being in an accident

Regardless of whether you’re holding insurance or not, if you’re involved in an accident, the sequence of events is fairly standard. The first thing you should do is check to see if there are injuries or if you need to get out of the immediate vicinity to reduce further injuries. If there aren’t any injuries then everyone involved should pull over in order to exchange information and avoid impeding the flow of traffic.

In most cases, unless there are injuries there isn’t a need to call the police, however, for peace of mind, you may want to get the police involved in order to get a police report. You will want to take pictures of the scene for yourself in case you need to dispute a lawsuit or need to deal with a claims adjuster. However, throughout the process, do not admit fault and contact an attorney as soon as possible.

If you’ve been involved in a car accident with no insurance, then you have a challenge ahead of you. Don’t hesitate to contact the Las Vegas personal injury attorneys at Valiente Mott. Our team of experts is here to help when it comes to Nevada car accident laws. No matter your situation we have the skills and experience to help you. Call us at: (702) 623-2323.

Can You Get A DUI On A Bike
Scroll to top