While we all might make minor errors while driving, deciding to get behind the wheel when drunk is an egregious and irresponsible mistake that can cause life-changing consequences for innocent victims. At Valiente Mott, we work hard to ensure the best results for victims in civil cases. We are experienced and vigorous in our representation of our clients involved in car accidents. Further, we think it’s important to make our community safer by deterring this type of behavior. If you’ve been hurt in a DUI accident, contact us for a free consultation.

Being injured in a motor vehicle accident can lead to devastating repercussions for years to come for you and your loved ones—this is especially true in cases of drunk driving crashes. While no one can do anything to undo the accident, an experienced Nevada drunk driving accident lawyer knows that the legal system provides recourse for you to receive financial compensation for the damages you incur. 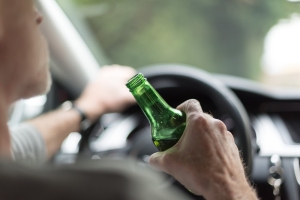 Our team is compassionate yet aggressive when protecting personal injury victims. Don’t hesitate to reach out to our team of Las Vegas car accident lawyers for legal guidance and support.

In addition to the danger they pose to themselves and others, drunk drivers in Reno face stiff punishments. DUI’s that are adjudicated in Reno Municipal Court are misdemeanors, with a maximum sentence that could include the following:

If you’ve been injured in a drunk driving accident in Reno, we have an office here at 5470 Kietzke Lane, Suite 300. Or call us at 775-313-0003. We want to make our community safer by deterring negligent conduct by forcing defendants to pay the fair value of our clients’ claims. Contact our team of Nevada car accident lawyers today.

According to a 2018 study, there were some alarming drunk driving statistics in Utah:

In addition, on December 30, 2018, Utah became the first state to lower the legal blood alcohol content (BAC) limit from 0.08 percent to 0.05 percent for drivers over the age of 21. Yet even with these more stringent laws, individuals still decide to get behind the wheel and drive while impaired.

Drunk driving is also a problem in Salt Lake City. According to the Utah Commission on Criminal and Juvenile Justice’s 2019 Annual DUI Report, there were 3,620 DUI arrests in Salt Lake County in 2019. Rep. Norm Thurston, R-Provo, who sponsored the above legislation, believes that impairment begins with the first drink. So, if you’ve been injured in Salt Lake City, visit our offices at 2975 West Executive Parkway in Lehi, UT. Or contact us at 385-999-2999.

Drunk Driving Crashes Can Be Deadly

Below are some of the injuries commonly associated with drunk driving accidents:

Damages That You May Pursue in a DUI Crash Claim

If you are injured in a drunk driving crash, here are some of the types of damages that you may pursue in an accident claim with the help of a DUI accident lawyer:

How to Win Your DUI Accident Claim

The legal system does provide an avenue for you to recover financial compensation for your damages. However, to do so, you will need to establish that the other driver’s negligence caused your injuries. Drunk driving accident victims must prove the following four elements by a preponderance of the evidence– meaning that it is more likely than not to be true:

At Valiente Mott, our Nevada and  Utah car accident lawyers work hard to maximize our clients’ financial compensation after being hit by a drunk driver– it is our singular focus.

If you have been injured in a drunk driving crash in Nevada or Utah, call us today to schedule your zero-cost consultation. We work on a contingency fee basis, which means you will never see a bill from us unless you win your case.

We would like to hear from you so we can provide you with a free evaluation.  It’s best to always consult with an Injury Lawyer for any type of legal advice regarding your injuries.

Our multi-state Injury Lawyers will even come to you for a free consultation. If you have a question or you are just not sure about putting together a case, let our Las Vegas Injury Law Firm help with your concerns.  No fee unless we win.