A Guide to Defamation 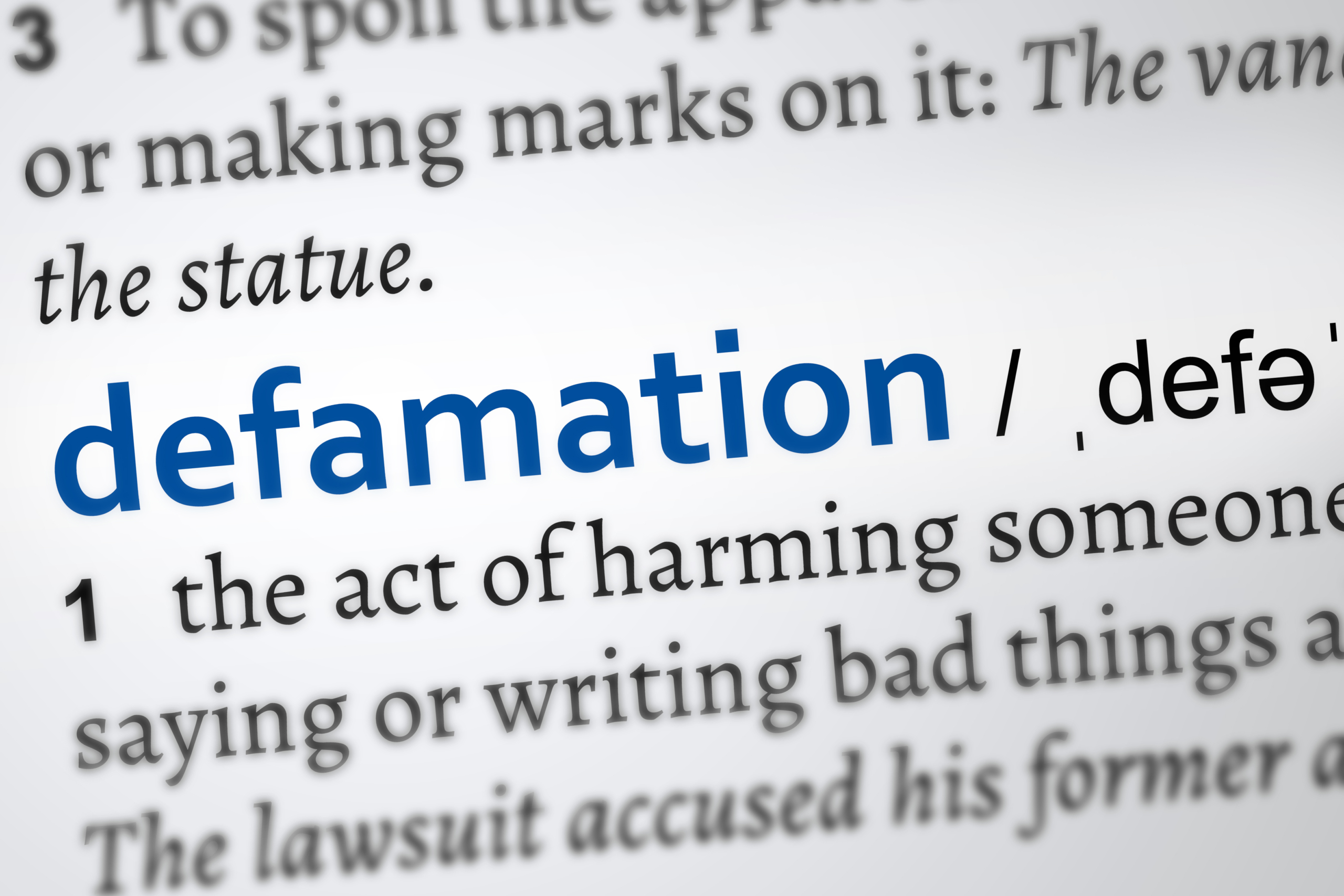 While freedom of speech is a constitutional right for all US citizens, there are limits. In certain cases, statements made can tarnish and damage the reputation of an individual. If this is the case, an individual can launch a defamation lawsuit against the offending party.

Read on as we examine the legal defamation definition, how defamation relates to the First Amendment, and other aspects of this civil tort.

Defamation is a false or malicious statement made by one individual (defendant) concerning another person. As a result of this false statement, the person whom the statement was directed to (plaintiff) suffers damage to their reputation or character. A defamation lawsuit can be brought up against the defendant to recover for these damages.

There are two types of defamation: libel and slander. While both libel and slander are false statements intending to defame another party, they differ in the medium of communication. Libel is a written statement, whereas slander is spoken.

Because defamation is a type of dispute between one individual to another, it is typically considered a tort (or a civil wrong). Certain states do have criminal defamation laws, however these are rare.

If one party makes a false or misleading statement about another party, there may be grounds for a defamation case. To be successful, the plaintiff must prove four elements of defamation:

The burden of proof for a defamation case rests on the plaintiff. This means the person who was the subject of the false statement must prove these four elements for a successful case. As with most civil cases, the plaintiff must demonstrate these elements true by a preponderance of evidence.

Striking a balance between defamation and the freedom of expression protected by the First Amendment can sometimes be a delicate matter. On one hand, the US constitution allows for individuals and the press to freely express thoughts and ideas, even if they are controversial. On the other hand, defamation laws protect American citizens or parties from falsehoods that would damage their reputation.

The 1964 decision made by the US Supreme Court in New York Times Co. v. Sullivan set the tone for how modern-day law views the relationship between defamation and the First Amendment. Under the backdrop of the civil rights movement, the New York Times published a disparaging ad, accusing local police of abuses towards Southern black students.

The ad contained a number of factual errors that the police commissioner, L.B. Sullivan, took issues with. As a result, he sued the New York Times for defamation.

Although the jury originally awarded Sullivan $500,000 in damages, the US Supreme Court overturned the ruling. According to the Supreme Court, “debate on public issues should be uninhibited, robust, and wide-open, and that it may well include vehement, caustic, and sometimes unpleasantly sharp attacks on government and public officials.”

Modern cases aim to walk the line between allowing for freedom of speech while protecting individuals from defamation of character.

With the proliferation of social media in the lives of everyday citizens, accusations and falsehoods are rampant online. While screening for illegal material on social media platforms like Facebook, Twitter, or blogs are common, it’s nearly impossible to sieve out every defamatory statement made.

However, defamation laws still apply to social media. Online defamation can include:

In the New York Times Co. v. Sullivan case, the courts not only set a precedent for greater protection on freedom of expression but it also raised the standard for public figures to sue for defamation.

The courts recognized that public figures garner much more criticism and public opinion, due to their vast platform. If public figures sued for every factual error made about them, that could discourage discourse and criticism that is the bedrock to our First Amendment rights.

The New York Times ruling stated that public figures could only sue if they can prove ‘malicious intent’ on the part of the defendant. Malicious intent means the defendant recklessly published the false statement even though they knew it was untrue. This protects individuals or the press from false statements mistakenly made about public figures. In contrast, private citizens only require to prove negligence – a much lower standard – for a defamation case.

Valiente Mott is a Las Vegas personal injury law firm dedicated to helping victims get the maximum compensation possible. We offer a free consultation where we sit down and assess your unique case. Contact us today to schedule an appointment!