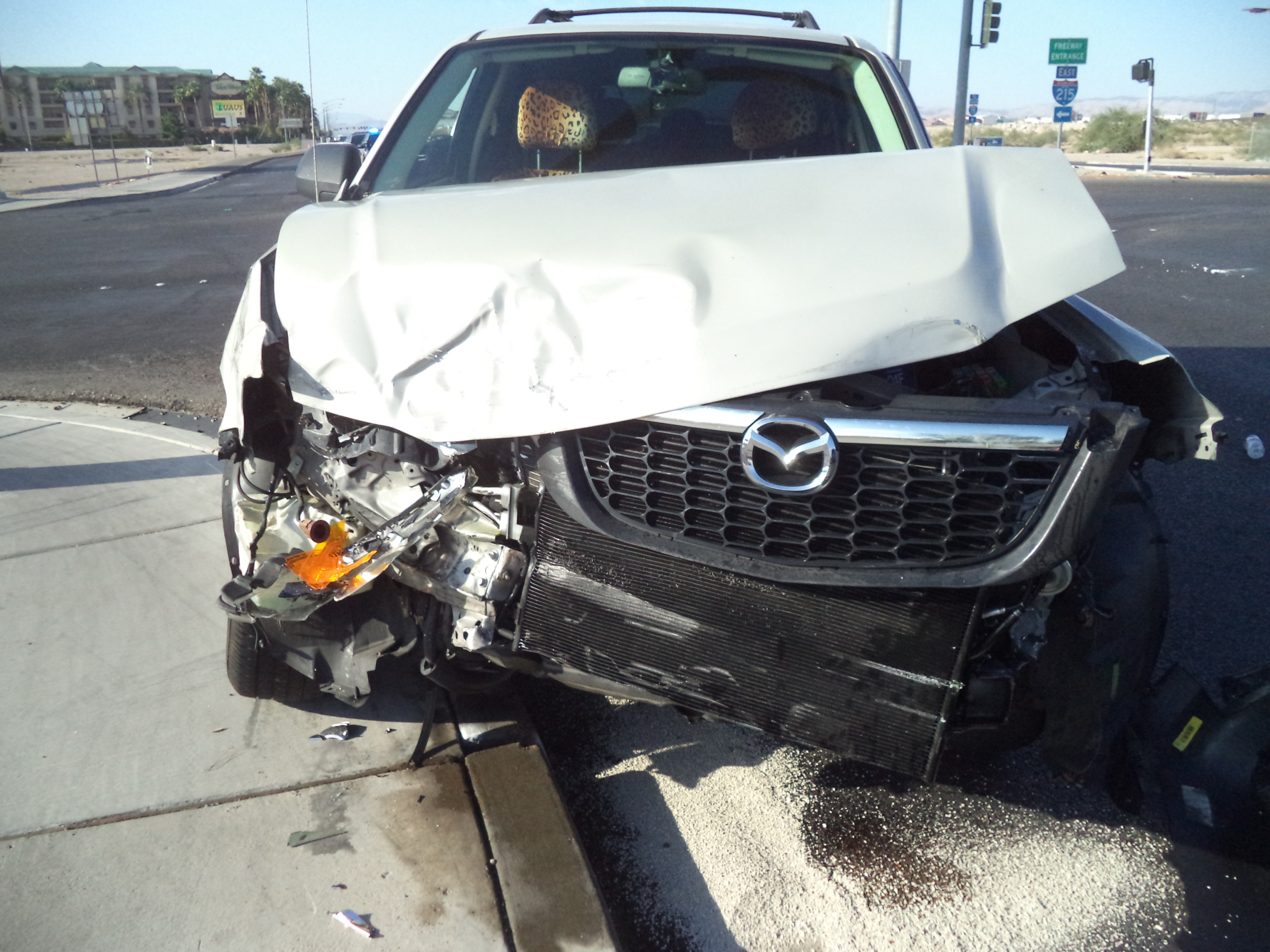 Read-end car accidents in Las Vegas are some of the most common kinds of accidents in Las Vegas. This is not surprising with vehicles moving bumper to bumper from the Strip to the I-15. More often than not, the driver who rear-ends the vehicle traveling in front of them are liable, or at fault, for the accident.

Under Nevada law, a driver of a vehicle must not follow the vehicle traveling in front too closely. Instead, a driver must keep a distance that is reasonable and prudent, keeping in mind the speed of traffic and the condition of traffic on the roadway. Rear-end collisions occur most often when drivers fail to obey the tenets of that law.

However, rear-end collisions can occur even when drivers keep a safe distance and travel at the speed appropriate for the traffic and roadway conditions. For example, if a driver makes an illegal lane change and cuts off another driver, then that driver may be found at fault even though they were rear-ended.

Also, a rear-end accident may be caused when a driver fails to follow NRS 484B.113 and backs their vehicle illegally, colliding with the vehicle traveling behind them. The vehicle that has been rear-ended may also be at fault if they are traveling without taillights illuminated.

Determining fault in a rear-end collision is particularly important when multiple vehicles are involved. Since rear-end collisions often occur in heavy traffic, an initial collision may result in the first vehicle that was hit being pushed into the vehicle in front of it. And, if the initial force was powerful enough, that chain reaction can continue, involving multiple vehicles.

If you find yourself sandwiched in the middle of a multiple vehicle collision that was initially caused by a rear-end collision, remember that you are not at fault for being pushed into the car in front of you. Instead, the vehicle that caused the first collision is at fault for all the collisions that result from it. Under these circumstances, you should know what to do after a car accident in Las Vegas and you should immediately contact an experienced Las Vegas Car Accident Lawyer, like the lawyers at Valiente Mott Injury Attorneys.

The driver that caused the initial collision is responsible for all the subsequent collisions so long as there is not an intervening cause that occurs and interrupts the chain reaction the driver started. The Nevada Supreme Court has defined an intervening cause as “a superseding cause which is itself the natural and logical cause of the harm.” Thomas v. Bokelman, 86 Nev. 10, 13, 462 P.2d 1020, 1022 (Nev. 1970).

Injuries resulting from a rear-end collision

For example, a rear-end collision often results in a violent whiplash motion, which can in turn cause a person to suffer a concussion, or even a traumatic brain injury. Symptoms of a concussion include headaches, ringing in the ears, confusion, dizziness, and blurred vision. Or, a person may suffer a soft tissue injury from a rear-end collision. Like a head injury, an individual may not feel the effects of a soft tissue injury immediately after the collision occurs. Soft tissue injuries most often occur in the area around an individual’s spine, from their neck down to their lower back. Soft tissue injuries can be very serious and take months, if not years, to recover from.

Rear-end collisions may be some of the most common accidents in Las Vegas, but that does not mean they are the simplest. You should never try to manage the aftermath of a rear-end collision on your own. If you have been involved in a rear-end collision, contact an attorney immediately. The attorneys at Valiente Mott are ready to serve you. For a free consultation, call 702-623-2323.